Facing Concerns About the Ebola Virus in the Community Setting

Ever since the first case of Ebola in the United States was confirmed on September 30, 2014, the country has been on heightened alert about the possibility of an outbreak of the virus.1

West Africa is currently experiencing the largest Ebola outbreak in history.2 Many fear that with confirmed cases here in the United States, we may face the same epidemic. Pharmacists in the community and retail clinicians can play a vital role in containing an outbreak through patient education, effectively recognizing the signs and symptoms of the disease, and answering questions.

Recognition
As the most accessible healthcare professional for most patients, pharmacists can play an important role in identifying individuals who may be infected with Ebola.2 Early detection is crucial, and pharmacists in the community can direct patients suspected of having Ebola to proper facilities for management and testing (see the Clinical Checklist of signs and symptoms).3 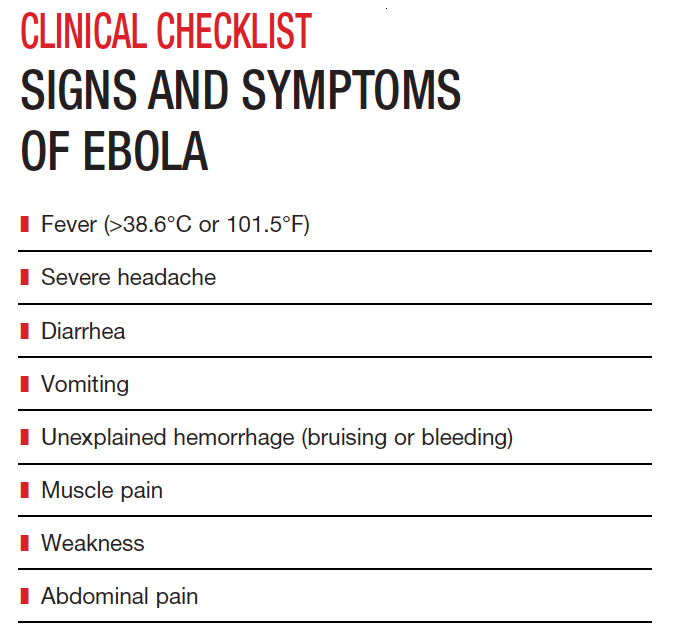 It is also important to stress the need for symptom monitoring in patients who feel they may have been exposed to the virus. They should check their temperature daily, and report the detection of any symptoms to public health officials immediately.

Prevention
With the fear of an outbreak lingering in the minds of the US population, patients may come to see their community pharmacist with questions about how to prevent contagion. Here are some key points to stress to patients who may express concerns about the disease4:

How is Ebola transmitted?
The Ebola virus is spread through direct contact with blood or bodily fluids (eg, tears, saliva, feces, vomitus, breast milk) of an individual infected with Ebola, objects that may be contaminated by the virus, and infected animals (ie, bats, and nonhuman primates). Ebola is not spread through the air or water, and there is currently no evidence that insects can carry the virus. It is important to note that the virus can only be spread from person to person when the infected individual is actively experiencing symptoms.

Is it safe to travel during the outbreak?
The Centers for Disease Control and Prevention (CDC) have issued Warning Level 3 travel alerts, which urge avoidance of nonessential travel, for the countries in West Africa with the highest rates of infection.6 If individuals must travel to these areas, they should observe proper precautions.

Are there treatments available for Ebola?
Currently, there is no vaccine or treatment available for Ebola. Supportive care, such as fluid management, is essential for patients infected with the virus. Experimental medications have been used for the treatment of infected individuals in the United States, but they require permission from the US Food and Drug Administration (FDA) and are in limited supply.

I heard that I can buy medications online to prevent Ebola. Are they safe?
The FDA has issued a statement warning consumers of fraudulent products that are being sold on the Internet intended to either prevent or treat the Ebola virus. There are no FDA-approved medications or vaccinations available for Ebola at this time.7

What is being done in the United States to help prevent an outbreak?
The CDC has sent teams of public health experts to counties that are currently experiencing outbreaks to help control the spread of the virus. In addition, they have trained airport crews to recognize symptoms in individuals who may be infected. Screening procedures have been implemented in certain airports with the hope of isolating infected individuals early, and offering information to travelers arriving from West African countries. 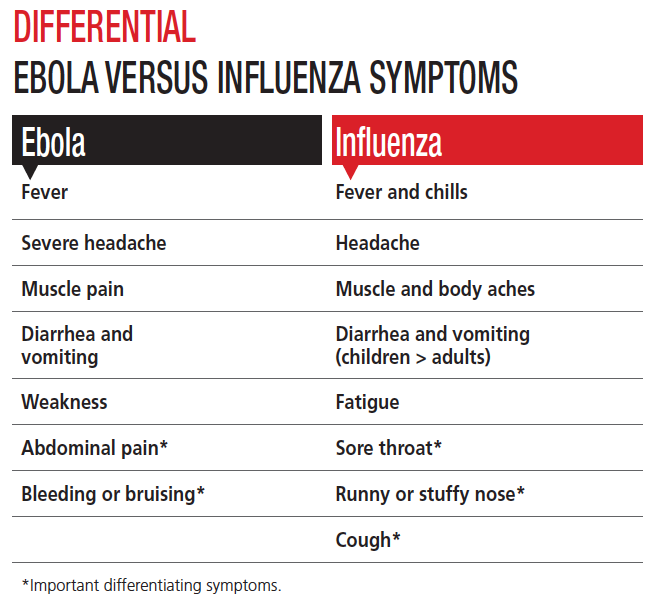 Conclusion
Pharmacists can play a significant role in the containment of an Ebola outbreak. It is important for community clinicians to understand their patients’ concerns, and provide education about virus prevention. Although the CDC states that there is a low risk of an outbreak, it is important to take all necessary preventive actions at this time.9